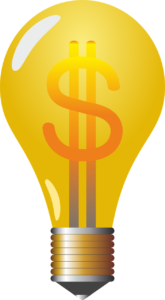 A pest control cost in Sacramento can vary depending on what kind of rodent control service you are interested in for your home or business. Fixr has some average pricing costs for pest control that compare to Pest Control Pros rates. Here is the source of the article: https://www.fixr.com/costs/pest-control

Pest control services greatly depend on the type of pest. See below for the different pests and its associated cost to remove:

A number of opportunistic ant species can overrun kitchens, pantries, and pet food areas in search of suitable food items. Also, some ants (like their relatives the wasps and bees) have a potent sting. As with bees, some people can become hypersensitive to ant stings.

$1,200+ for initial treatment, plus cost of physical labour & repairs

Termites are beyond doubt one of the most destructive pests. The subterranean and wood inhabiting are the two general types of termites. Be it rugs or carpets, furniture, walls or foundations, termites can devour homes and cause huge financial damages. A recent report stated that the average loss from termites in the homes and residences in the Unites States is a whooping $5 billion!

A certain percentage of bat populations are infected with a virus called capsulatum histoplasme and can consequently excrete the organism in their droppings. As a result of this, accumulations of bat guano, especially in interior spaces, may pose significant health risks to individuals exposed to airborne particles. Anyone exposed to material contaminated with H. capsulatum (such bat droppings or material contaminated by bat droppings) which becomes airborne can develop histoplasmosis. Histoplasmosis is an infectious disease caused by inhaling the spores of the Histoplasma capsulatum fungus. The symptoms of histoplasmosis vary in severity from flu-like symptoms, to chronic lung disease, to blindness and even death in rare cases. Infants, young children, and older persons, in particular those with chronic lung disease, are at increased risk for developing.

Bed bugs draw blood from their hosts by piercing the skin with a small beak-like apparatus. The saliva of the bed bug may be introduced to the human body during the bed bug’s feeding and may cause some redness or swelling, most bed bug bites are harmless. Since bed bugs are not generally known to carry disease, they are not generally considered to be health risks. There have been some reports of allergic reactions occurring after being bitten by bed bugs, and anaphylaxis is always a concern with any type of allergic reaction.

Although an average healthy person can withstand as many as ten stings per pound of his body weight; this becomes fatal if the person is allergic towards honey bees, bee stings and bee venom. In that case, even a few stings can trigger severe allergic reactions in victim’s body and the victim can collapse. Then, there is the pain. In most cases it was found that the victim did not die from the large quantity of the venom introduced into his body, but from the acute pain that caused cardiac arrest.

Human lice are blood-sucking nuisances and a cause of social embarrassment. In the U.S., the head louse is by far of greatest importance because of its common and widespread occurrence, especially among children.

In other regions of the world, the body louse is the vector of three human diseases. Historically, epidemic typhus fever and epidemic relapsing fever have caused devastating outbreaks, primarily associated with disasters such as war, but also with natural disasters such as earthquakes and hurricanes. The third disease transmitted by body lice is a non-fatal infection known as “trench fever.” All three diseases are associated with situations in which humans are crowded together under conditions where sanitation is severely limited or non-existent.

Carpet Beetles are a problem. Not only do they eat fabrics, some species even eat certain foods. Carpet Beetle infestations can even cause allergies, brought on by the inhalation of the small hairs that are shed by the larvae of Carpet Beetles. Carpet Beetles have even been linked to the spread of some infectious diseases, like Anthrax.

Cockroaches present one of the most significant public health risks, carrying diseases such as dysentery, gastroenteritis, diarrhea, typhoid, poliomyelitis and salmonella.

This gives rise to such dust mite allergy symptoms as drippy, runny noses, stuffy noses, coughing, sneezing, teary eyes, itchy eyes, itchy nose, itchy throat, itchy roof of mouth, chest congestion, wheezing, skin rash, post-nasal drip, chest congestion, swollen eyes, red-rimmed eyes, dark circles under the eyes, crusty eyes, and facial pressure and pain, just to name a few. Reactions to the dust mite allergen can be even harder on those with asthma. Airways in the lungs can become angry, swollen, and inflamed, increasing the severity and frequency of asthma symptoms. And just in case you don’t hate dust mites enough already, they have also been linked to problems like rhinitis, eczema, atopic dermatitis, and, albeit loosely, SIDS.

Fleas are carriers of both disease, such as typhus and bubonic plague, and also parasitic worms.

In temperate climates, ticks are the number one disease-causing arthropods, second are mosquitoes but a close second. Some of the lovely viral diseases transmitted by ticks include: Colorado tick fever, Powassan encephalitis, and tick-borne encephalitis. Bacterial pathogens include: Lyme disease, relapsing fever, and tularemia organisms. There is also, at the very least, one protozoan pathogen carried by ticks: human babesiosis. And, last but not least, tick-borne rickettsiae cause the following human diseases: Rocky Mountain spotted fever, ehrlichiosis, and endemic typhus.

Mice contaminate food with their droppings and urine. They spread such diseases as salmonella bacteria (food poisoning), lepospirae (jaundice) and typhus. As well, they carry parasites such as fleas, round worms and mites. Deer mice are known to transmit Hantavirus, a virus that affects the respiratory system of humans.

Weevils, if eaten can cause very unpleasant diseases and infections and are known to carry and pass to humans the E. Coli infection.

Rats can transmit many diseases to humans, including Salmonellosis (food poisoning) and Weils disease. Rats will eat or contaminate food intended for humans. It is estimated that up to 5% of food produced world-wide is lost as a result of rodent activity. They can cause damage to buildings and other structures by gnawing and burrowing

Molds produce negative health effects through inflammation, allergy or infection. Allergic reactions, including fever, are common after mold exposure. Symptoms of those exposed to toxic molds which issue mycotoxins both individually or in combination are:

Of the thousands of species in North America, very few sport fangs capable of piercing human skin. When they do happen, most spider bites result in mild agitation or nothing at all. That being said, there are a few spiders of medical importance. With some exceptions the two spiders capable of sending us to the hospital are widow spiders and brown recluse spiders (also known as violin spiders).

Their threat is two-fold. Firstly, they can contaminate foodstuffs but, more alarmingly, their sting is at best painful and in certain instances, can cause anaphylactic shock which may lead to death.