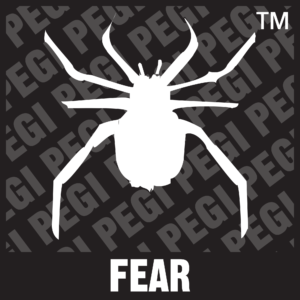 Bed Bugs in Sacramento California hotels can become a huge fear  since it can cause health problems. A blog written by the EPA explains how a elderly women fights bed bugs in her apartment. Here is the source of the story: https://blog.epa.gov/blog/2016/09/an-elderly-tenants-path-to-overcoming-bed-bugs

Lynne Gregory of EPA Region 2 recently shared with me a compelling story about Vivian, a 70-year-old retiree whose bed bug story began on September 11, 2001.

Vivian lived in a high-rise on the southern end of Manhattan, in close proximity to the World Trade Center. Her building felt the effects of the tragedy, as did she. Vivian was forced to move out of her residence for both structural and air quality reasons and was never able to return. As a result, she has had to move multiple times, with her most recent move into an apartment infested with bed bugs.

Like most people, Vivian did not notice the bed bugs when she moved in. It was the recurring bites that tipped her off.  She captured some for identification. While searching online for bed bug information, she found the EPA bed bug website along with a list of EPA regional employees to contact, for bed bug advice. She called Lynne and has been in regular contact with her for the past six months.

A proud woman, Vivian was ashamed to discuss the bed bug matter with others, but Lynne gained her confidence and has coached Vivian on Integrated Pest Management (IPM) practices for bed bug control ever since. Vivian refuses to tell the landlord about the problem for fear of being blamed for bringing in the bugs. She was also ashamed of the amount of boxes and clutter in her apartment that resulted from all of her moves.

Bed bugs are small in size but still visible to the naked eye.

Informing the landlord is normally the first course of action when finding bed bugs, or any other pest in multifamily housing. However, elderly tenants like Vivian are often apprehensive that their landlords will become hostile toward them. They may fear eviction, fear having to throw out life-long possessions (a directive many landlords issue to tenants prior to allowing any pest treatments), and worry that they will be forced to pay to solve a problem they did not cause.

Vivian contacted the NY City Housing Department and her state senator to find out about the city’s bed bug laws and what, if any, tenant rights she had. In the end, there was nothing anyone could do to assist her.

Despite the challenges, Lynne was determined to help her. First, Vivian was told to put encasements on her mattress and box springs to keep the bed bugs off them.  Next, she was coached to reduce the clutter in her apartment – a challenging task for anyone, let alone a 70-year-old woman with no assistance.  On Lynne’s advice, Vivian put all of her clothing in tightly sealed plastic bags and heat treated items in a dryer set on high. She began laundering bed linens weekly. During the past six months, Vivian has decluttered her apartment, one box at a time. She keeps only one or two of her most precious items, and has gotten rid of the items she no longer needed.

While Vivian had read online about the use of various products, including dusts and foggers, to help combat the bed bugs. She was advised against their use by her physician because of her health issues. It is advisable to only use EPA-registered pesticides labeled to control bed bugs and to use them according to their label directions.

Vivian also asked if bed bugs could bite through clothing and was told that they cannot. So, she mummies herself in a sheet at night to avoid being bitten. That strategy has actually been working superbly. She no longer gets bites at night. In addition, Vivian has been using a petroleum jelly as a barrier on her bed legs to prevent the bed bugs from climbing onto her bed for a late-night blood meal.

Vivian has asked about cleaning the bed frame with mineral oil or soap. Regular cleaning will help to disturb any harboring bed bugs and will also help to dislodge their eggs. Rather than the oil or soap, it is the physical cleaning, a key step in the IPM process, that actually helps.

Despite her age, physical condition, fear of her landlord, and strong propensity for privacy, Vivian has now overcome bed bugs. One of the most difficult pests to manage under any circumstances has been brought under control by her strong will and determination, following recommended IPM practices, and heeding the coaching provided by Lynne.

So do not hesitate to contact us if you need immediate help removing bed bugs from your home or business. Call (916) 378-5102