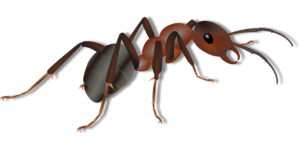 Ant Control Sacramento Pros can usually become a job for a exterminator in your area. We will find the best methods to remove insects from your home or business. Here is more information that can educate you on Ants and Spiders.

Ants are among the most prevalent pests in households. Ants also invade restaurants, hospitals, offices, warehouses, and other buildings where they can find food and water. On outdoor and sometimes indoor plants, ants protect and care for honeydew-producing insects such as aphids, soft scales, whiteflies, and mealybugs, increasing damage from these pests. Ants also perform many useful functions in the environment, such as feeding on other pests (e.g., fleas, caterpillars, and termites), dead insects, and decomposing tissue from dead animals.

Ants belong to the insect order Hymen­optera and are close relatives of bees and wasps. Ants are familiar insects that are easily recognized, especially in their common wingless adult forms, known as workers. However, winged forms of ants, which leave the nest in large numbers in warm weather to mate and establish new colonies, are often mistaken for winged termites, which also leave their nests to mate. Ants and termites can be distinguished from one another by three main characteristics:

Ants undergo complete metamorphosis, passing through egg, larval, pupal, and adult stages. Larvae are immobile, wormlike, and don’t resemble adults. Ants, like many other hymenopterans such as bees and wasps, are social insects with duties divided among different types, or castes, of adults. Queens conduct the reproductive functions of a colony and are larger than other ants; they lay eggs and sometimes participate in feeding and grooming larvae. The sterile female workers gather food, feed and care for larvae, build tunnels, and defend the colony; these workers make up the bulk of the colony. Males don’t participate in colony activities; their sole purpose is to mate with the queens. Workers feed and care for males, which are few in number.

If you have an ant emergency

Maany people fear or dislike spiders but, for the most part, spiders are beneficial because of their role as predators of insects and other arthropods, and most cannot harm people. Spiders that might injure people—for example, black widows—generally spend most of their time hidden under furniture or boxes, or in woodpiles, corners, or crevices. The spiders commonly seen out in the open during the day are unlikely to bite people.

Spiders resemble insects and sometimes are confused with them, but they are arachnids, not insects. Spiders have eight legs and two body parts—a head region (cephalothorax) and an abdomen. They lack wings and antennae. Although spiders often are found on plants, they eat mainly insects, other spiders, and related arthropods, not plants. Most spiders have toxic venom, which they use to kill their prey. However, only those spiders whose venom typically causes a serious reaction in humans are called “poisonous” spiders.

Spiders may enter houses and other structures through cracks and other openings. They also may be carried in on items like plants, firewood, and boxes. Regular vacuuming or sweeping of windows, corners of rooms, storage areas, basements, and other seldom used areas helps remove spiders and their webs. Vacuuming spiders can be an effective control technique because their soft bodies usually do not survive this process. Indoors, a web on which dust has gathered is an old web that is no longer being used by a spider.

Individual spiders can also be removed from indoor areas by placing a jar over them and slipping a piece of paper under the jar that then seals off the opening of the jar when it is lifted up.

To prevent spiders from coming indoors, seal cracks in the foundation and other parts of the structure and gaps around windows and doors. Good screening not only will keep out many spiders but also will discourage them by keeping out insects that they must have for food.

How to clean up spider webs

In indoor storage areas, place boxes off the floor and away from walls, whenever possible, to help reduce their usefulness as a harborage for spiders. Sealing the boxes with tape will prevent spiders from taking up residence within. Clean up clutter in garages, sheds, basements, and other storage areas. Be sure to wear gloves to avoid accidental bites.

Outdoors, eliminate places for spiders to hide and build their webs by keeping the area next to the foundation free of trash, leaf litter, heavy vegetation, and other accumulations of materials. Trimming plant growth away from the house and other structures will discourage spiders from first taking up residence near the structure and then moving indoors. Outdoor lighting attracts insects, which in turn attracts spiders. If possible, keep lighting fixtures off structures and away from windows and doorways. Sweep, mop, hose, or vacuum webs and spiders off buildings regularly. Insecticides will not provide long-term control and should not generally be used against spiders outdoors.